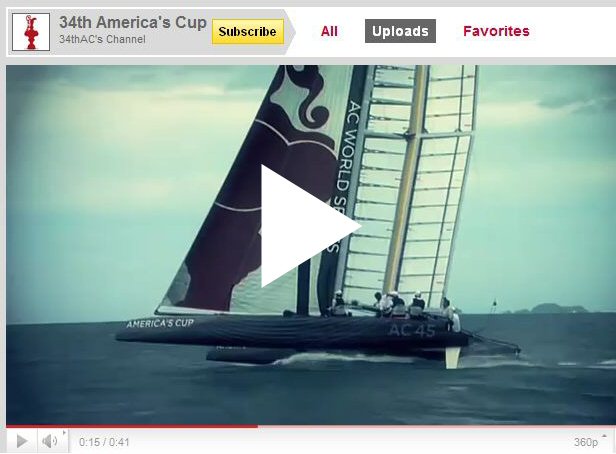 “We put the bow in a couple of times at 30 knots and loaded everything up. We were on our toes the whole time and it was great for the boat and the crew to come out of it relatively unscathed.”  Skipper Jimmy Spithill said sailing in 25-30 knots of wind speed was, “a hell of a test for the boat. We were right on the edge.”

The new 45′ -Junior  class of Americas Cup catamarans received some minor damage to the trailing edge of the wing in the first gybe of the day out of the Viaduct Harbour but nothing to get in the way of a 30-mile sail in up to 30 knots as the crew opted for a circumnavigation of the iconic Rangitoto Island.