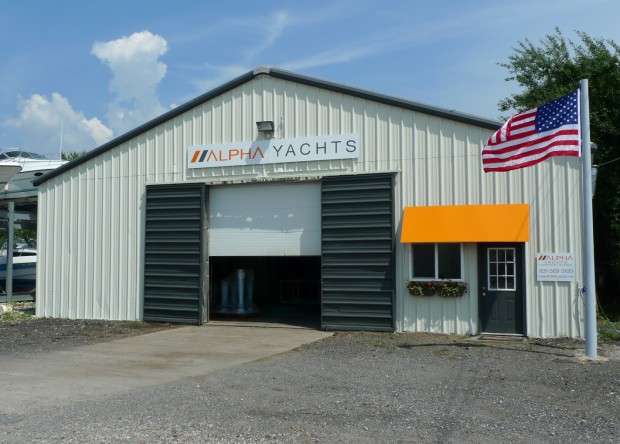 The multihull forums are all buzz speculating about the new Alpha 42 catamaran that is being built in New York. Among the many enthusiasts following this exciting multihull project, there are also some skeptics who question if such a cool looking catamaran such as the Alpha 42 can be built for under 350,000 US$ in NY. Well, the first pictures are in. The handsome shipyard looks like it is out of a picture book and indeed exists. The first pictures of the first hull plug have been released and the 10 man workforce is in full swing finishing the tooling of this production catamaran. The first one is scheduled for May/June 2013 launch.

Presently the Alpha 42 catamaran is the only closed bridgedeck ocean cruising catamaran in the 38-55′ range that is being built in the United States.

see the interior videos of the Alpha 42 catamaran

find out more about the Alpha 42 catamaran