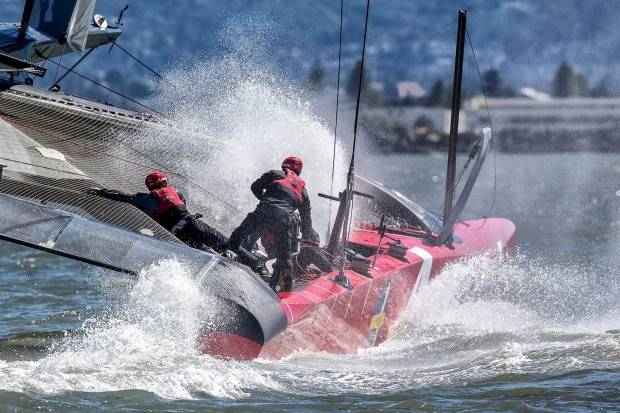 We at Aeroyacht are shocked and saddened for the loss of Andrew “Bart” Simpson, who was training Thursday aboard the Swedish racing catamaran ARTEMIS on windy San Francisco bay. Artemis Racing said Andrew “Bart” Simpson died after the capsized boat’s platform trapped him underwater for about 10 minutes . Artemis and two other yacht teams each outfitted with multimillion-dollar racing boats that can achieve speeds of 45 mph are challenging defending champions Oracle Racing for the America’s Cup, sailing’s most prestigious trophy.

Cruising catamarans are chosen by live-aboards and circumnavigators because they are known to be the safest boat’s afloat. Their racing counterparts, especially ones with solid wingmasts can be very dangerous as sheet loads and speeds often build faster than the crew can react too.