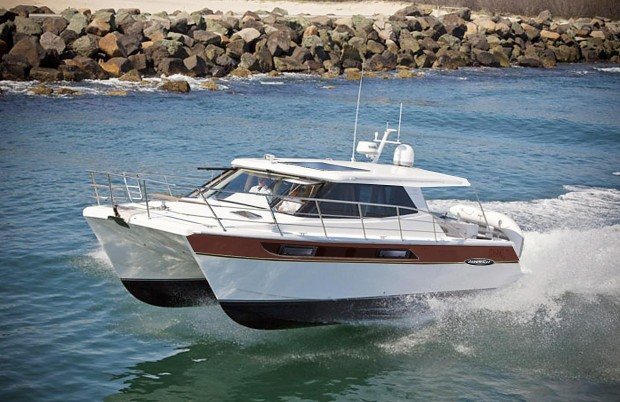 The Arrowcat 42 is offered in two versions: Standard and Flybridge. She features a larger platform that will provide more room for your friends and family on extended trips. With an extended range and a top speed of 28 knots and a cruising speed of 21 knots you will have no trouble getting to distant destinations fast. Her expansive cockpit is perfect for relaxation and fishing and the comfortable salon and well equipped galley are the center of entertaining. Designed by acclaimed Naval Architect Roger Hill, the Arrowcat 42power catamaran is a whole new class of power catamaran.