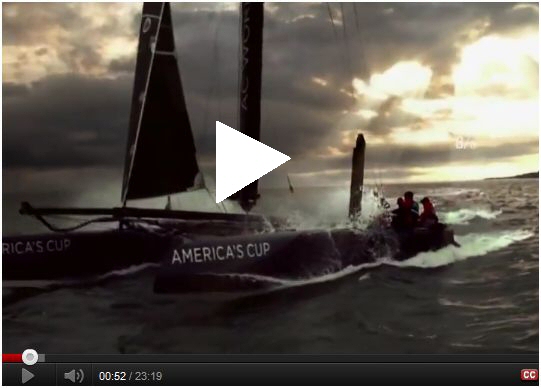 Come join Aeroyacht in Newport, RI. The host city was unveiled as the final stop of the 2011-2012 AC World Series, which promises to be a dramatic finish to the first season of the new AC45 professional circuit. Designed to expose millions more people to the sport of high-performance catamaran racing, the new professional circuit was created to bring the America’s Cup experience to top international venues.

In addition to being the first American host of the high-tech AC45 wing-sailed catamarans in 2012, Newport also has the honor of seeing the first AC World Series circuit champion crowned. The highlight of each AC World Series stop is the spectacular, winner-takes-all, fleet race on final Sunday, where teams put points on the board to take the overall title, so the final race on Sunday, July 1 in Newport could be the ultimate decision maker for the AC World Series champion.

check out the AC catamaran video