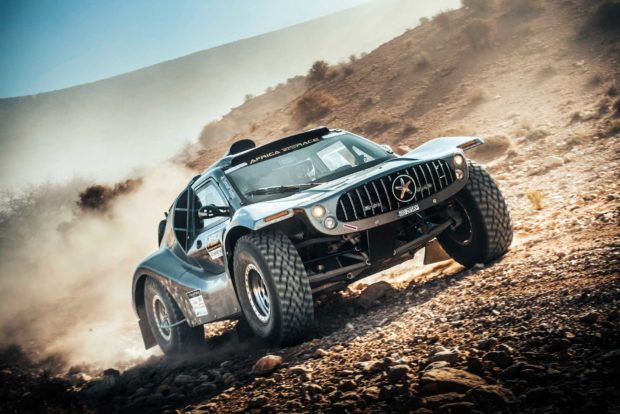 Amidst these sobering times I am sure our motorsports enthusiasts will love this post. It’s not only about exercising your four-wheeled passion, but also helping people in need and giving back.

An avid racecar fan, Francis Lapp, Founder and CEO of Sunreef Yachts, embraces the challenge of off-road adventure, participating in a number of events over the years – including two Paris-Dakar races. For the 12th edition of the Sunreef Yachts Africa Eco Race, Lapp not only decided to introduce Sunreef Yachts as the main partner of the event but also took part in the 6000-kilometre race through Europe and Africa himself. Starting in Monaco, Lapp drove a custom-built rally car alongside the off-road racer Jacky Lechleiter, reaching the finishing line on the shores of the Lac Rose in Senegal.

But the bucket-list off-road race is not just about indulging in some of the world’s best off-road racing. The Africa Eco Race is a fantastic charitable initiative that focuses on empowering sustainable development throughout African communities in need of support, with Sunreef Yachts proud to support this increasingly important cause in a fun and adventurous way.

As part of the success of the sustainability project, the Africa Eco Race organisers note that reforestation has played an important role, particularly in areas like Mauritania. In 2014, the Africa Eco Race participated in the inspirational million tree project in Nouakchott, the Mauritania capital. The initiative aimed to plant a million trees over 2000 hectares of land around the city of Nouakchott.

As an interesting side note, many parts of the amazing rally car were built at the Sunreef Yacht yard in Gdansk, Poland.