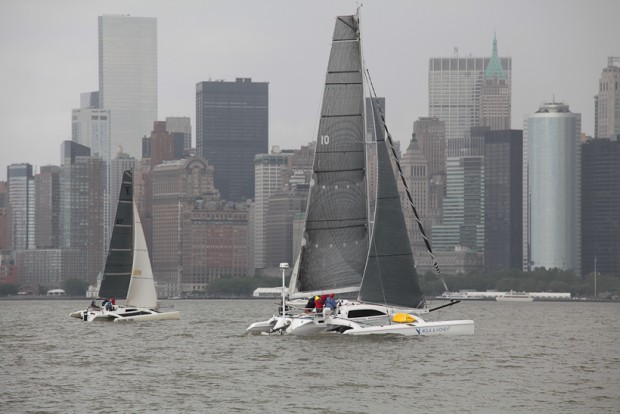 Our friends at NEMA – New England Multihull Association will be organizing again the annual Gotham Multihull Series open to all NEMA-rated multihulls on the weekend of May 30-31, 2015. NEMA has added another multihull event to its racing series with a distance ocean race out of Atlantic Highlands, New Jersey, on June 6.

The Gotham Multihull Series will once again feature two days of PHRF racing in New York Harbor with the Statue of Liberty as a turning mark.  This year, the plans call for a start off Brooklyn with a turn at the Statue and a finish outside Great Kills Harbor on Staten Island, where the Richmond County Yacht Club, which also sponsors the September 26 Poco Loco Bay Race to raise funds for diabetes research, will host a party.  Racers are invited to take moorings in Great Kills Harbor Saturday night and race Sunday north back to Manhattan and finish in the vicinity of the new Brooklyn Bridge Park Marina.  The actual courses will be established in May.