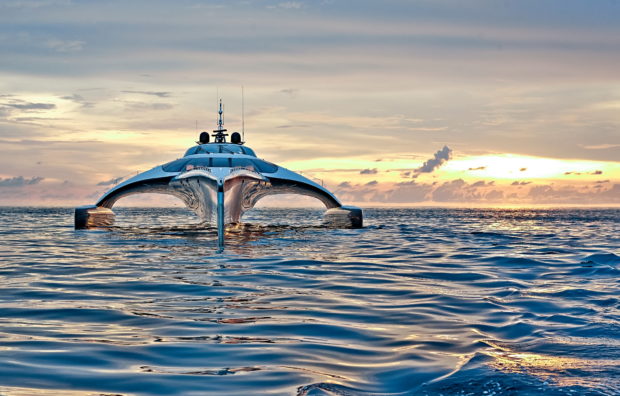 This carbon Power Cat will have fixed foils and will be a particularly fuel-efficient vessel at her 20-knot cruising speed, yet the MC63P will be able to achieve a top speed of 36 kts and offers a range of 1,500 nautical miles.

Grant said: “Working together with McConaghy Boats and Ker Design, we have developed this exciting fuel-efficient semi foiling power multihull.” The shipyard confirmed the build is in progress, though no more details have been released about the yacht yet. More information is expected later this Spring.

Learn more about the McConaghy range of multihulls including the innovative McConaghy 60 catamaran of which already 3 units have been launched.