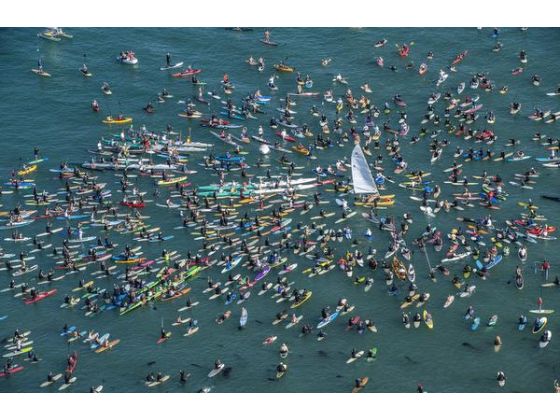 1000’s paddled out to say goodbye to one the great visionaries of the multihull revolution. Hobie Alter has died. One of our big heroes has passed away at a much too young age. When he was a young man, Hobie Alter had a clear vision of his future: He didn’t want a job that would require hard-soled shoes, and he didn’t want to work east of Pacific Coast Highway. He succeeded. The son of a second-generation orange grower, Alter is credited with innovations such as Hobie Catamarans and foam filled surfboards that allowed people who couldn’t lift log slabs to surf and those who couldn’t pay for yacht club memberships to sail. He will be missed.