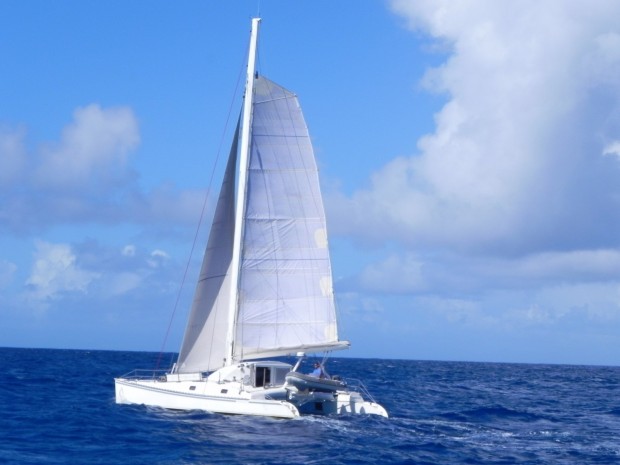 Some call the Outremer 43 the Porsche of the sea. The first official Outremer plan by Gérard Danson!
The Outremer 40/43 version is the evolution of the well-known French shipyard whgich produces legendary performance cruisers.
This 1999 model benefits from an extended transom from 40 to 43 foot (which was done at the yard during construction of the boat) and the famous large roof version which is the same as the Outremer 45. The result is the same saloon space as the 45 in a faster package with the advantage that one does not have to leave the saloon to access the hulls – as in the original 40/43. Best of all, this boat has been very well taken care of by her passionate sailor/owner and upgraded with sensible cruising systems, including twin diesel engines, solar panels…and even a beautiful carbon mast !
Don’t miss out on owning this rare collectible.