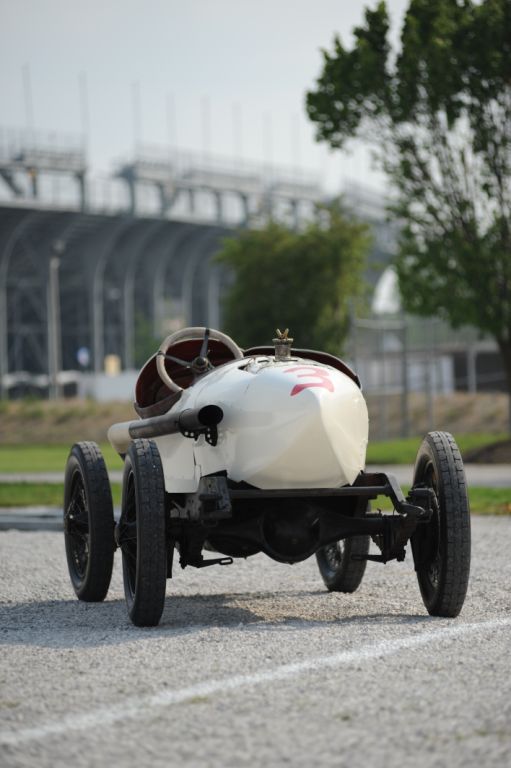 Discovered in 1946 in a field, this Short Wheel Base Stutz was acquired from a California Estate who were only the second owners of this car. Following the privateer racing practices of the time the vehicle is a union of at least two, one of which had a speedster rear. Once a part of the Ogden-Collection, this car spent the bulk of its life in a barn in San Diego. It was with the family since the 40’s after having been acquired by her present care takers, Flo and Gregor Tarjan of NY. This Stutz is powered by a massive, cross flow-4.7 litre Stutz 6 power plant and matching 3 speed transmission. All of the original hardware and gauges are present and well preserved. Interestingly when the previous owner’s grandfather found the abandoned car – pictures of the Stutz show it sitting in a meadow and in place of its tail had an irrigation pump mounted instead. Over the years the car was slowly resurrected to its original glory reminiscent of the famous Indianapolis winning Stutz-White Brigade racers.