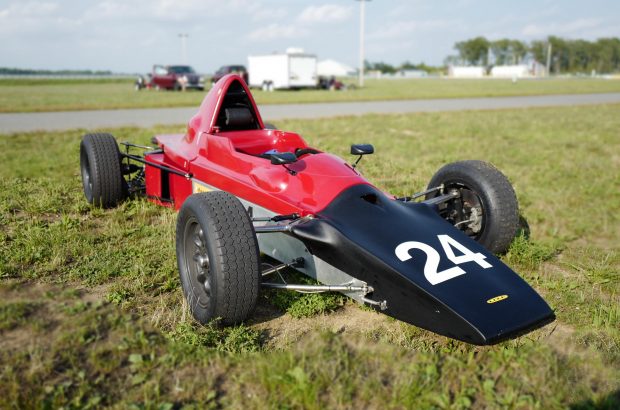 The Lola T440 was considered by many to be the most beautiful Formula Ford racer of its period and we purchased it just for this very reason. Powered by a 1600 Ford Kent crossflow engine this British racer car runs on vintage Dunlop tires and can produce up to 1.5 g’s in corners. During its production in the late 70′ the engine was moved forward to help increase front axle weight, but over time  this practice was reversed to improve handling.

This Lola was campaigned by Dirk Schuman until 1991 in East Coast SCCA events until it’s retirement. The car was then stored until 2007 after which a NJ schoolteacher attempted to restore the race car as part of a high school shop project. We were able to acquire the Lola in 2013 from him and have completed a three and half year no expense spared frame-up restoration. The engine as well as transmission were completely disassembled and rebuilt by the best in the business.  Now with the car properly set up and sorted the Lola T440 has been successfully raced at NJ motorsports park.