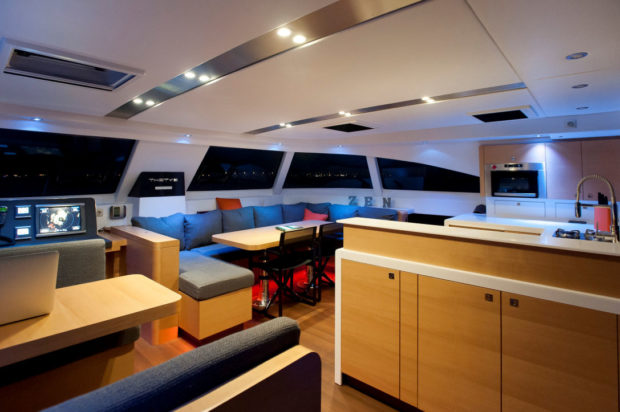 Nautitech Catamarans. Sailors, among multihull lovers will know the brand well. This French builder has been known to craft well proportioned, swift catamarans in the Atlantic coastal town of Rochefort.

The Nautitech 54 catamaran is available in two models: The Nautitech 542 offers the classic twin helms aft and the 541 features bulkhead steering. The choice is yours. Hurry – there is only one delivery slot left for a 54 in 2019.

Find out more about the Nautitech 54