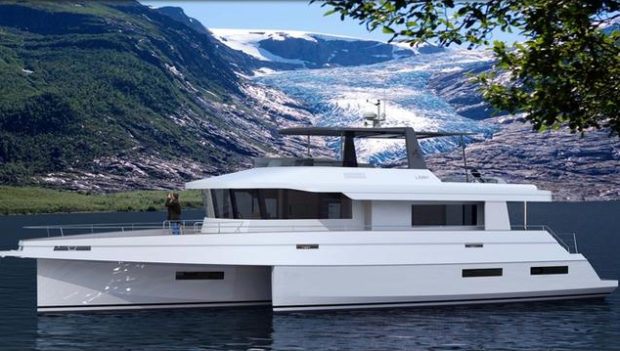 The multihull world has again been surprised by big news. LEEN trimarans (an offshoot of NEEL Trimarans) have announced a new range of highly efficient power multihulls.

The first models will be the LEEN 56 and LEEN 72 which both will be built in an advanced hybrid-composite manufacturing process at the modern NEEL Trimarans plant in La Rochelle, France. These efficient trawler multihulls will have a transatlantic range under power and will be able to travel more than 6000 miles on one fuel load.