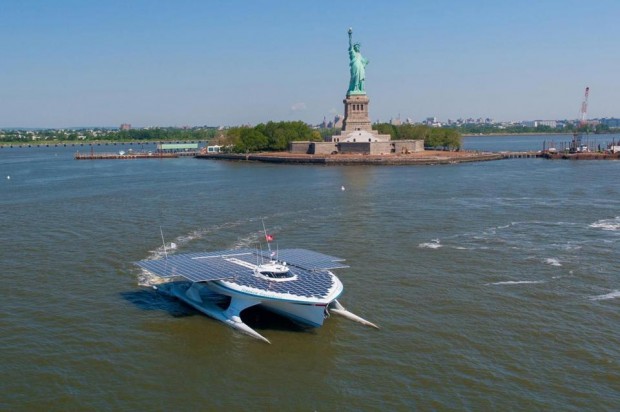 Last year, after it became the first solar-powered boat to circumnavigate the globe, the Turanor Planetsolar could have taken its 5,500 square feet of photovoltaic cells and eight tons of lithium-ion batteries and sailed off into the sunset. Instead it is becoming a scientific research ship, at least for the summer. The boat, a space ship like 100-foot, $17 million catamaran that was dreamed up by a Swiss eco-adventurer and bankrolled by a German businessman, will cruise the Gulf Stream studying the role of atmospheric aerosols and phytoplankton in regulating climate, under the direction of Martin Beniston, a climatologist at the University of Geneva. Last week, the boat stopped in New York City for a few days on its way north and Aeroyacht went to visit.