The Neel 43 trimaran is the newest addition from the French Neel shipyard. The Neel 43 is perfectly at home cruising around the world making quick offshore passages, as well as coastal cruising or day sailing. Her sisterships, the NEEL 47 and 51 have won multiple ARC Transatlantic races as well as dozens of international industry awards.

The NEEL 43 trimaran is the ideal couple’s boat. This unique trimaran provides the same space as a cruising catamaran of the same length, yet is more stable, faster and provides sailing sensations unlike a typical production cat. Unique about her spacious layout: You can access the outer hulls (amas) from the main cabin.

When a sailor imagines a trimaran, they instinctively recognize these craft as being extremely stable, fast and seaworthy. Traditionally trimarans were not known for the space. NEEL Trimarans has changed that by modifying the central platform and creating a flush-one level space that rivals much larger catamarans and monohull sailing yachts.

Sailing the Neel 43 is easy and a single-handers dream. All control lines collect at the starbord side, bulkhead mounted helm. Tacking with the self-tacking jib is easy and when you set the Code-O your Neel 43 trimaran will transform herself into a very fast sailing machine rivaling the fastest yachts. 200 mile days are easily achieved.

The Neel 43 trimaran can sleep 3 couples and 2 singles of which two double cabins are on the main deck with unrivaled sea-views.

Expertly built in La Rochelle, France by a yard with nearly half a century worth of experience, the Neel 43 trimaran uses foam as her core, avoiding the often-related osmosis issues associated with Balsa wood cored production cats. Closely spaced bulkheads and a stiff, new uni-body construction create a very safe yacht for the occasional weekender as well as the long-distance offshore sailor. In conclusion – a very well thought out, expertly built sailing yacht – the Neel 43 trimaran covers a lot of bases. 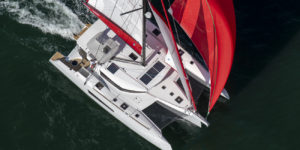 NEEL Trimarans – What Makes them Special? 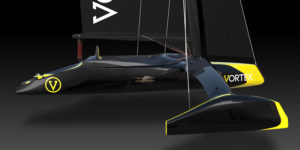 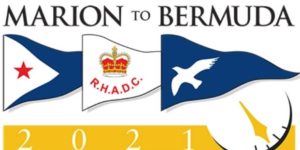 Race in the Marion to Bermuda Race 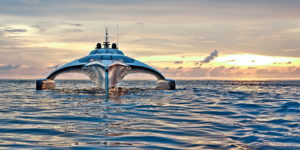 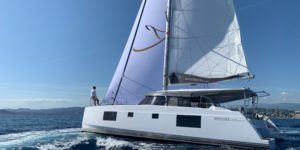 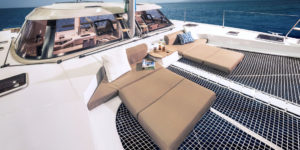 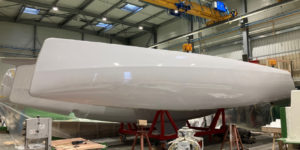 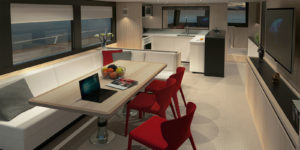 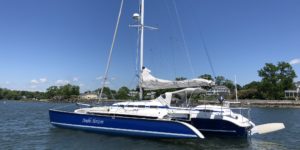 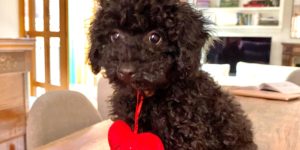 Boats & Dogs. What Do they have in Common? 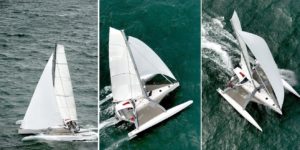 Beautiful Curves made for the Ocean – The McConaghy 50 “FINN” Trimaran 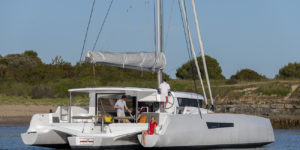