South Africa the Other Land of Multihulls 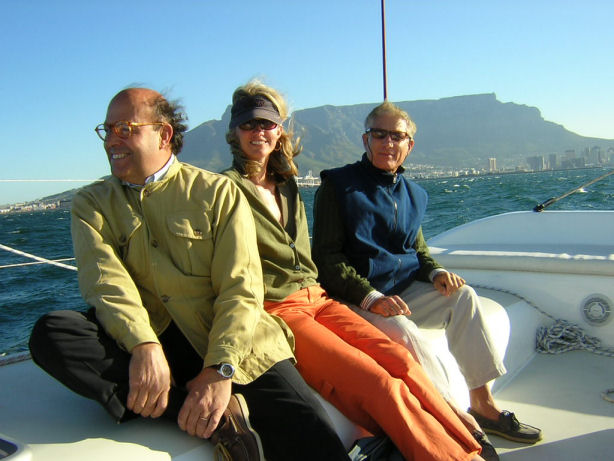 The Cape of Good Hope is a sailing icon, which needs to be experienced at least once in life. I knew that down the road, I would sail around it. When the phone rang and  Bruce Tedder, from the Cape Town Boat Building Initiative, invited me and Flo to Cape Town, I realized that I will see the great Cape sooner than I thought.

Who do you think is the second largest exporter of catamarans in the world ? You guessed it. South Africa. France has been holding the first spot since the mid 80’s, supplying the majority of the cruising cats and being on the forefront of multihull development. For South Africa, a land which is 10’s of thousands of miles away, lying remotely in the Southern Hemisphere,  quite an achievement, especially if one considers that it is a  country that had no boatbuilding industry 20 years ago, and was only sanction-free less than a decade.

The key to South Africa’s success story  is the excellent construction ethic inherent in all local boat builders  due to the severe weather conditions experienced off their coast. Boats are strongly built, and  90% of the boat deliveries to foreign owners are done so on their own bottoms. The fantastic growth of the catamaran sector was an astounding  120% in the last six years and has had a trickle down effect, giving further boost to other industry  subcontractors – such as the spar builders, interior component manufacturers and even to yacht delivery companies. They all  have needed  to ‘up’ their game in terms of quality, style and innovations, in order to supply the best products and services to these world class boats builders. 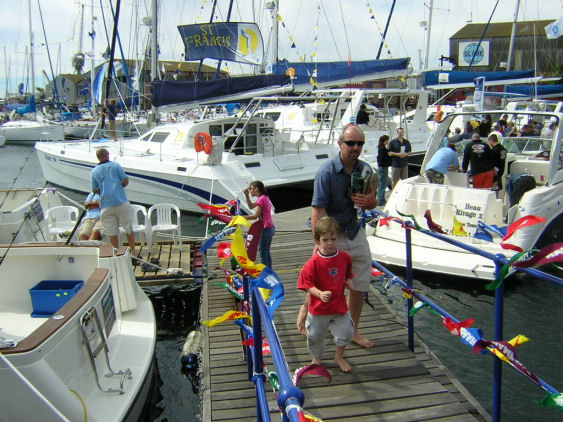 The local boat building industry has had to keep abreast of technological advances in order to remain internationally competitive. Major advances in technology over the past few years include the development of advanced moulds and new designs, and the use of hi-tech materials such as digital pattern cutters, which are being utilized. Cutting edge construction procedures such as vacuum bagging, resin infusion and the use of advanced core materials has further improved their products durability. 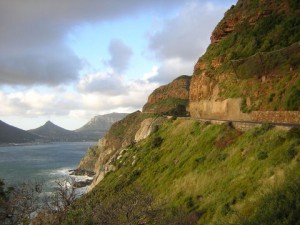 Building demand has grown since 1994, with most of the orders coming in the form of exports, especially to the Caribbean, Netherlands, United Kingdom and Spain. Needless to say, the US, with an insatiable appetite for good boats, is by far the largest export destination. This is also a result of the size of the market, its many chartering opportunities, and the climate of the Caribbean. 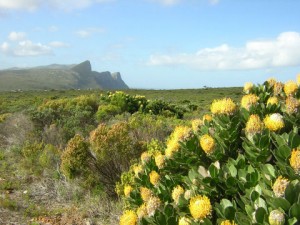 Nearly all local boat builders have invested significantly in the development and capacity expansion, including new designs, moulds and acquisition of new or larger premises.

For instance, the ‘Cat in the Box’, the unique Scape 39 that is shipped in 2 x 40ft containers, and the new Sun Tribe 28, a fold-away trailer-able day cat, are two prime examples of the high levels of innovation available from the South African boat building industry. Another builder on the forefront is Argo Boats, who in partnership with the famous makers of the worlds largest sail catamarans, Blubay of Cannes, France, have developed the ultimate 45’ powercat. The HYSUCAT principle (Hydrofoil Supported Catamaran) is the new-new thing on the world of powerboats. It is effectively a hybrid of a catamaran hull equipped with a hydrofoil system between the semi-hulls which carries a part of the crafts weight at speed. 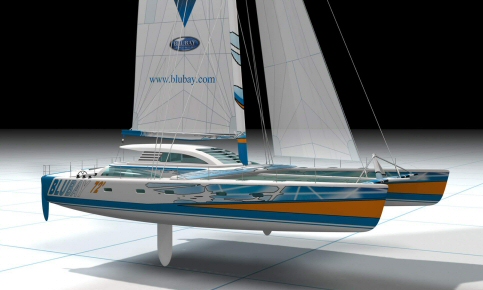 BLUBAY catamarans of Cannes, France have recently partnered with ARGO Boats of South Africa, who are now building the advanced Blubay TC45 powercat and the country’s Americas Cup Boat

South Africa is indeed a land far away. Transit from NY to Cape Town took us almost a day, yet experiencing the stunning countryside and meeting the local multihull builders was more than worth it. Of course watching the water drain the opposite way , sailing at over 20 knots off Table Mountain and experiencing the Cape of Good Hope was fascinating as well. The future for South Africa’s multihull community is bright indeed.